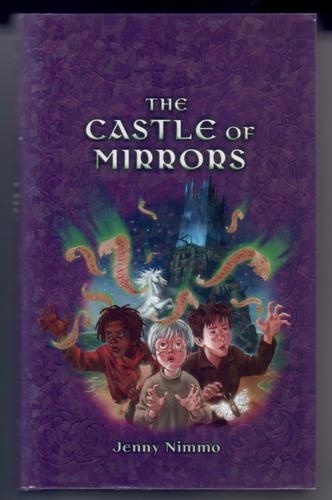 Children of the Red King, book 4; The Castle of Mirrors, Jenny Nimmo

Back in Bloor's Academy, Charlie's power takes on a new dimension. He meets a new gallery of characters, including Mr. Pilgrim's replacement, Tantalus Ebony, and the mysterious new student Joshua Tilpin, who appears to be magnetic. But not all is well. Billy has been adopted by the O'Gres, a child-hating couple, who carry with them a gray bag of oaths wherever they go, seducing Billy to sign an oath of obedience, before locking him up behind a force field in an odd place called The Passing House.