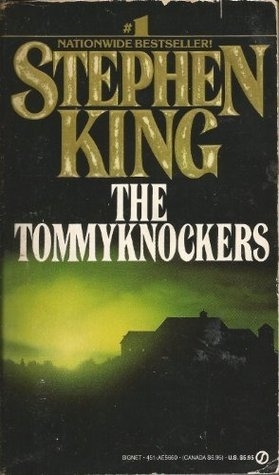 There is a reason why Stephen King is one of the bestselling writers in the world, ever. Described in the Daily Express as 'a fabulous teller of stories', Stephen King writes books that draw you in and are impossible to put down.

Something was happening in Bobbi Anderson's idyllic small town of Haven, Maine. Something that gave every man, woman, and child in town powers far beyond ordinary mortals. Something that turned the town into a death trap for all outsiders. Something that came from a metal object, buried for millennia, that Bobbi accidentally stumbled across.

It wasn't that Bobbi and the other good folks of Haven had sold their souls to reap the rewards of the most deadly evil this side of hell. It was more like a diabolical takeover...an invasion of body and soul--and mind....