The Eyes of the Dragon, Stephen King 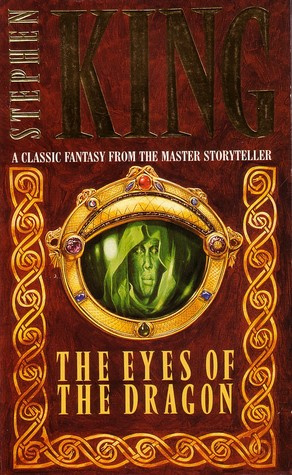 The Eyes of the Dragon, Stephen King

The king is dead, murdered by a strange and horrible poison. But while the land of Delain mourns, the magician Flagg, unscrupulous, greedy and powerful, plots. Soon the king's oldest son, Peter is imprisoned at the top of a high tower, the Needle, for his father's murder, while his younger brother Thomas inherits the throne.

Only Peter knows the truth of his own innocence, and the truth of the evil that is Flagg. And only Peter can save Delain from the horror Flagg has in store. He has a plan, but it is dangerous and desperate and if he fails there will be no second chance. And all the while, Flagg's words echo in his mind: "I'll carry your head on my saddle-horn for a thousand years. Here I come, Peter! Coming for your head!"