The Dark Half, Stephen King 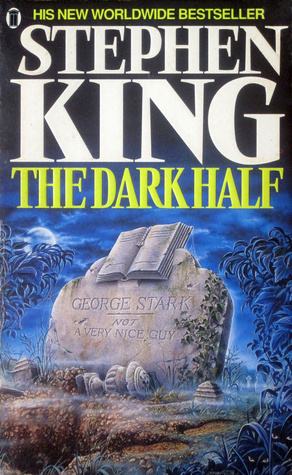 The Dark Half, Stephen King

They were laughing at the burial.

Thad Beaumont, writer, and his wife. He with a spade, she with a pick, laughing at the camera. Between them, the tombstone and the inscription:

A joke. A publicity stunt for the papers. Because Thad Beaumont, literary writer, had created George Stark as a cover name for the violent thrillers he'd written, to earn some quick, much-needed money. But enough was enough. The cover was about to be blown, so he'd decided to kill off his other self.

But George Stark didn't want to go - and Stark was a very violent man indeed...