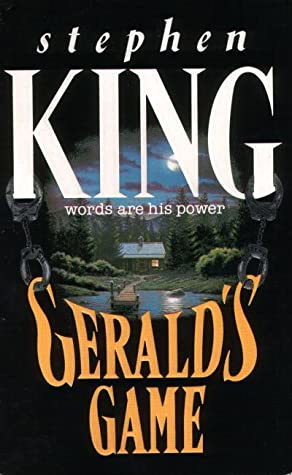 A game. A husbands-and-wife game.
GERALD'S GAME
But this time Jessie didn't want to play. Lying there, spreadeagled and handcuffed to the bedstead while he'd loomed and drooled over her, she'd felt angry and humiliated.

so she'd kicked out hard. Aimed to hit him where it hurt.

And now he was dead - a coronary - on the floor.

Leaving Jessie alone and helpless in a lakeside holiday cabin. Miles from anywhere. No-one to hear her screams.

Alone. Except for the voices in her head that had begun to chatter and argue and sneer . . .