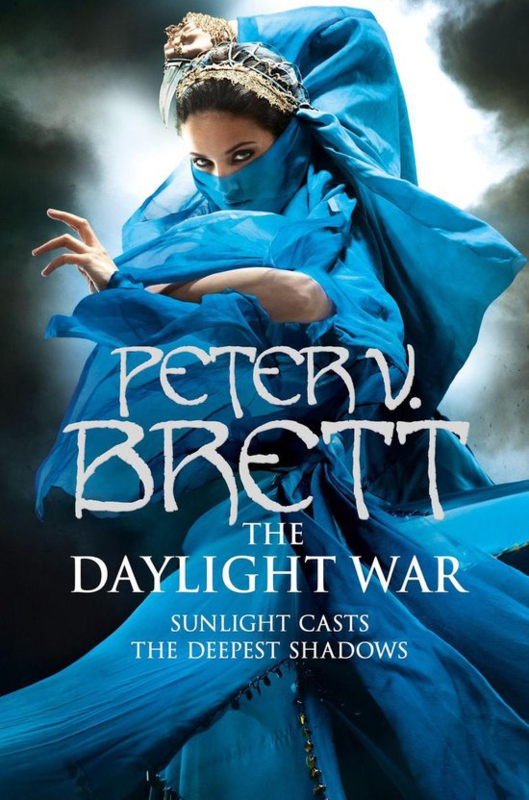 Continuing the impressive debut fantasy series from author Peter V. Brett, The Daylight War is book three of the Demon Cycle, pulling the reader into a world of demons, darkness and heroes.

On the night of a new moon all shadows deepen.

Humanity has thirty days to prepare for the next demon attack, but one month is scarcely enough time to train a village to defend themselves, let alone an entire continent caught in the throes of civil war.

Arlen Bales understands the coreling threat better than anyone. Born ordinary, the demon plague has shaped him into a weapon so powerful he has been given the unwanted title of saviour, and attracted the attention of deadly enemies both above and below ground.

Unlike Arlen, Ahmann Jardir embraces the title of Deliverer. His strength resides not only in the legendary relics he carries, but also in the magic wielded by his first wife, Inevera, a cunning and powerful priestess whose allegiance even Jardir cannot be certain of.

Once Arlen and Jardir were like brothers. Now they are the bitterest of rivals. As humanity’s enemies prepare, the only two men capable of defeating them are divided against each other by the most deadly demons of all: those that lurk in the human heart.