The Legends of the Älfar, book 2, Markus Heitz 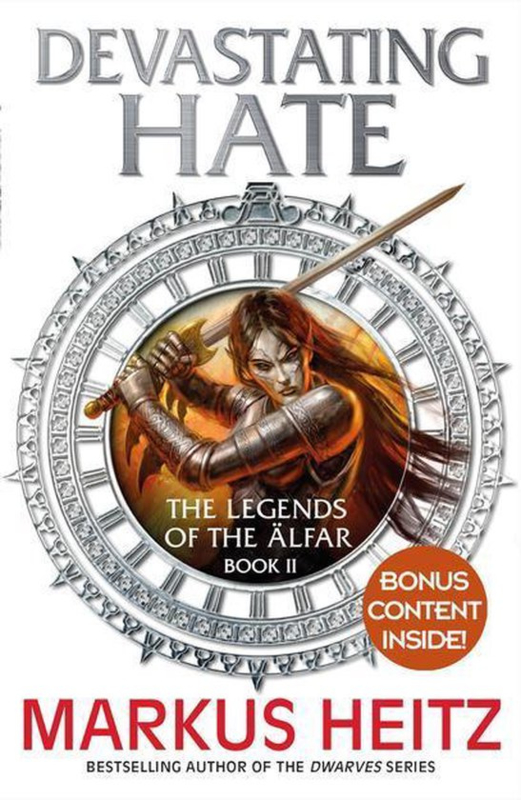 The Legends of the Älfar, book 2; Devastating Hate, Markus Heitz

The second in the fast-and-furious fantasy adventure The Legends of the Älfar: the worlds of the dark elves and the dwarves collide in what Malazan Empire calls 'Tolkien with a dash of Gemmell and a sprinkling of George R.R. Martin'.

The Älfar are the enemies of the dwarves and control the darkest magics, but even their power has its limits. To save their own people, they must enter into an unwinnable war.
Sinthoras and Caphalor, two very different Älfar, watch as their plans come to fruition: the hidden land - the home of the dwarves - has fallen to their army of trolls, barbarians and Älfar, and now the lands of the hated elves are within their grasp.
But the alliance begins to crumble as greed triumphs over obedience. And Sinthoras and Caphalor face another threat: an enemy from the empire of the Älfar, thought to be defeated, has resurfaced, and while their best warriors fight in the hidden land, the Älfar homeland lies almost defenceless . . .

This edition contains bonus material!
Devastating Hate is the sequel to Righteous Fury and the second book in bestselling author Markus Heitz The Legends of the Älfar series.