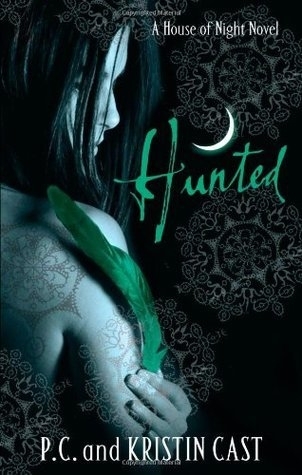 'The door closed with a sickening thud of finality, shutting my friends out and leaving me alone with my enemy, a fallen angel, and the monstrous bird creature his ancient lust had created. Then I did something I'd only done twice before in my entire life. I fainted.'

It's all happening, though Zoey Redbird wishes it wasn't. She has her friends back, which is great. But a dark angel has taken over the House of Night, supported by High Priestess Neferet. Not so great. This leaves Zoey hiding out with the (supposedly friendly) red fledglings in Tulsa's prohibition-era tunnels. The not greatness continues.

Zoey has some boy-thoughts to distract her, with a chance to make-up with super-hot-ex Eric. But thoughts of the archer that died, semi-permanently, in her arms also keep distracting her. Then he shows up as Neferet's newest minion. Well, hell. Zoey and friends need a plan to put things right, soon, if she's to keep both head and heart intact.