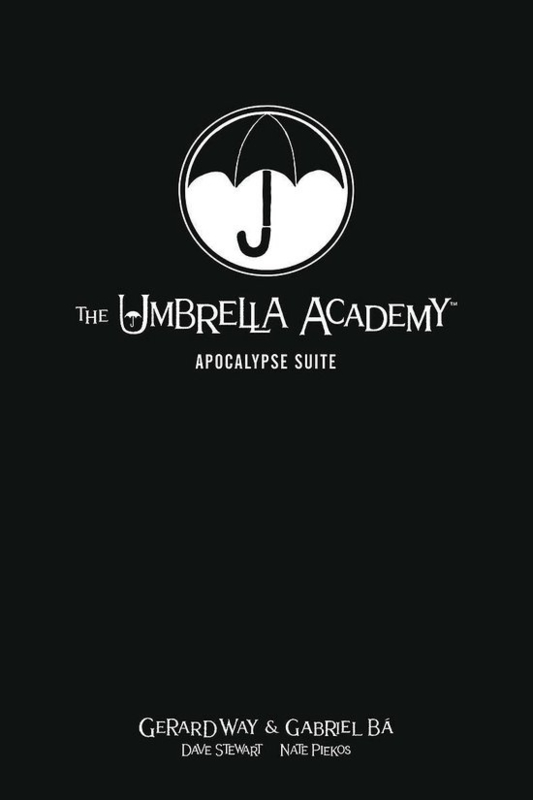 Catch up on the best selling comic series with this Deluxe Oversized Hardcover collection of the complete first series, Apocalypse Suite, with the short stories "Mon Dieu!" and "But the Past Ain't Through with You," as well as an expanded 50-page sketchbook section featuring work by Gerard Way, Gabriel Bá, James Jean, and designer Tony Ong.

In an inexplicable worldwide event, forty-three extraordinary children were spontaneously born by women who'd previously shown no signs of pregnancy.

Millionaire inventor Reginald Hargreeves adopted seven of the children; when asked why, his only explanation was, "To save the world."

These seven children form The Umbrella Academy, a dysfunctional family of superheroes with bizarre powers. Nearly a decade after their first mission, the team disbands, but when Hargreeves unexpectedly dies, these disgruntled siblings reunite just in time to save the world once again.